I suppose its time to write on the blog, since this has been "Facebook Official" for a couple days now.  We are officially expecting another bundle of joy (or chaos...love... mess... drama... energy... however you want to view it! )

As ironic as it was that my past 3 pregnancies happened exactly as planned, so did this one.  We realize we are extremely lucky in this.  I was really hoping/praying for another late spring/early summer baby so I could be home for the summer with him/her as I was with the boys.  We lucked out again.

LeeAnn did my first ultrasound last week and I was able to see his/her little nubbers wiggling away. So super cute!  Saw the heartbeat and was measuring right on track.  Yay!

The boys are ehh so-so..  They're excited but I think mostly they don't really understand fully and probably won't until the baby belly is well known to the world.  They both want a baby sister (I am pretty sure it is mostly because they think a sister means they won't have to share their toys).  Of course Ryan and I (well... probably mostly me...) would love love a little girl in this family but would be so happy with another crazy boy as well.  (Hence the 4 year age difference between Hudson and this babe... I wanted to be sure I wanted another BABY not just to "try for a girl", and we so so just want a healthy, happy baby). 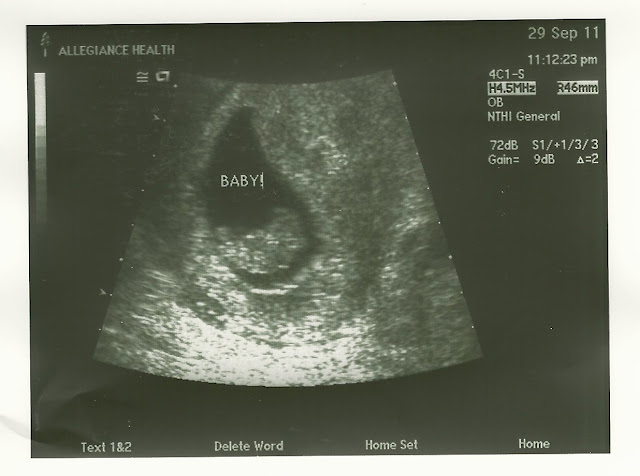